The common wallflower (Erysimum cheiri) is not the most glamorous of garden plants and when we say ‘wallflower’ we’re likely to think of shy people who shrink from social gatherings and distance themselves from the crowd. But we’ve all been wallflowers over the last year, so perhaps now’s the time to give these delightful plants a second look. 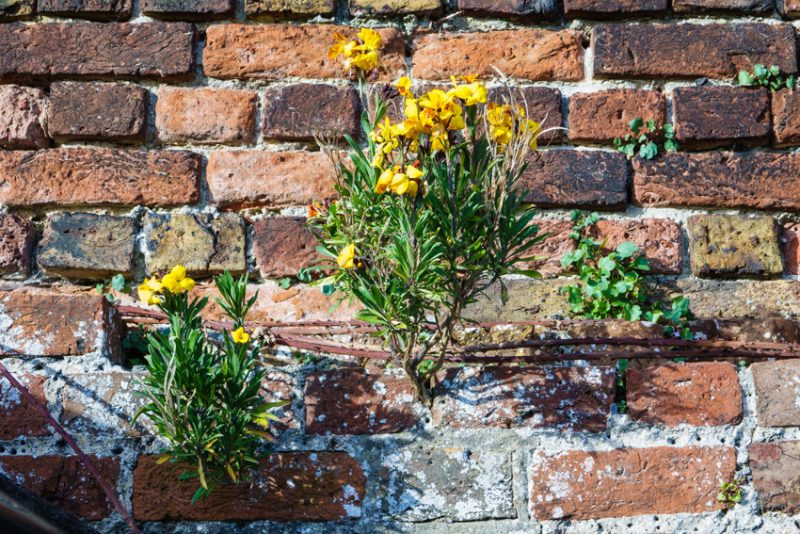 One of the pleasures of being out and about in March is looking out for the glorious flashes of their yellow and orange flowers which are sweet smelling and a magnet for bees and other insects. You need to look up to see the best of them. This year there are excellent specimens on the Priory walls at the top of Davington Hill and a well-established group grows among savage-looking loops of barbed wire along walls at the foot of Brent Hill. I spotted a single plant cheekily crowning a brick gatepost at the top of Thomas Road and there’s a small colony high up on the red brick walls and chimneys behind West Street in Leslie Smith Drive. There’ll be plenty more, I’m sure. 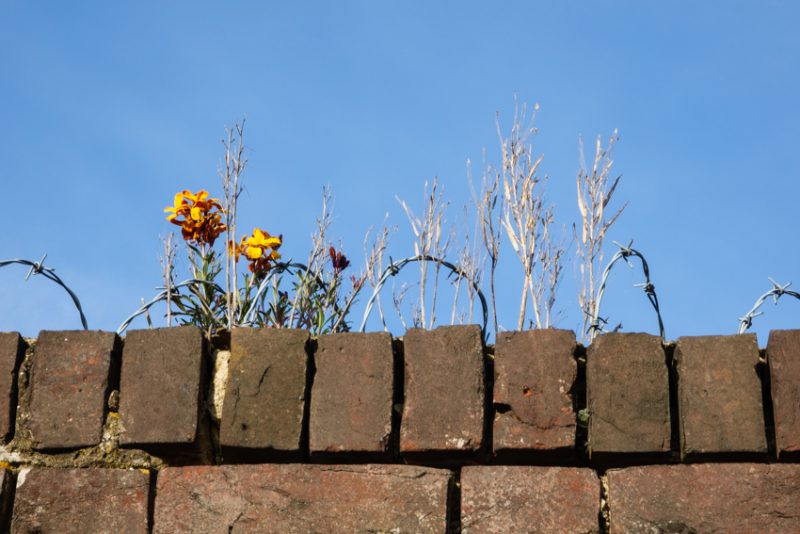 The wallflower has proved a wonderfully persistent garden escapologist, making its home in crumbling lime mortar between bricks and stones, asking for little more than a few days of early sunshine to bring it into bloom. Most are bright yellow, some are a deep coppery-red, while others blend both colours in a single flower. Up close the flowers have a velvety texture and their scent is intoxicating. 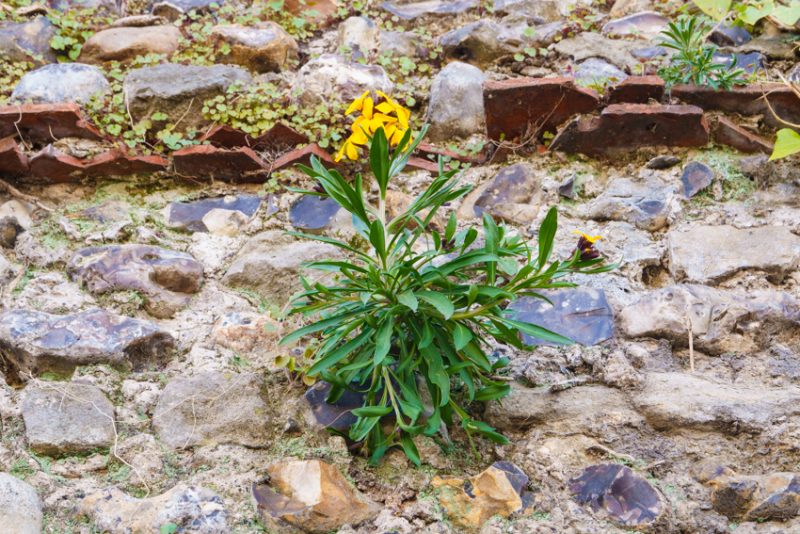 A native of Southern Europe, the English wallflower has been cultivated in gardens since at least medieval times and probably long before, while its first record as a wild plant dates from 1548. Perhaps our own Faversham wallflowers are the direct descendants of ancient plants growing from seed scattered by birds from some medieval parent plant, blooming in a corner of a cloistered monastic garden or thriving in a Roman villa courtyard. Who knows?

A medieval gardener and botanist of Chaucer’s age, Henry Daniel, knew wallflowers well, describing them in one of his manuscripts as ‘fayre and yelwe’. The 16th-century Herball of John Gerard describes several distinct plants as wallflowers. 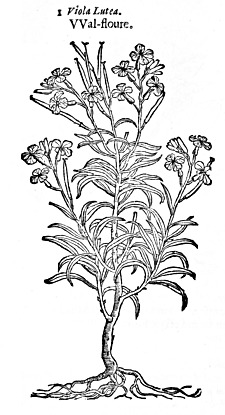 ‘This plant hath many green leaves at the top of the root …  bitter of taste; among which rise up one or more stalks of a foot or more in height, crested and set with carinated leaves. The flowers grow at the tops of the stalks many together, consisting of four yellow leaves [flowers] apiece …  these flowers are succeeded by long cods [seed pods] containing a flat seed. The root is long and whitish, with many fibres … Besides these there is in some gardens kept another wallflower differing from the first in the bigness of the whole plant, but especially of the flower, which is yellow and single, yet very large and beautiful’. 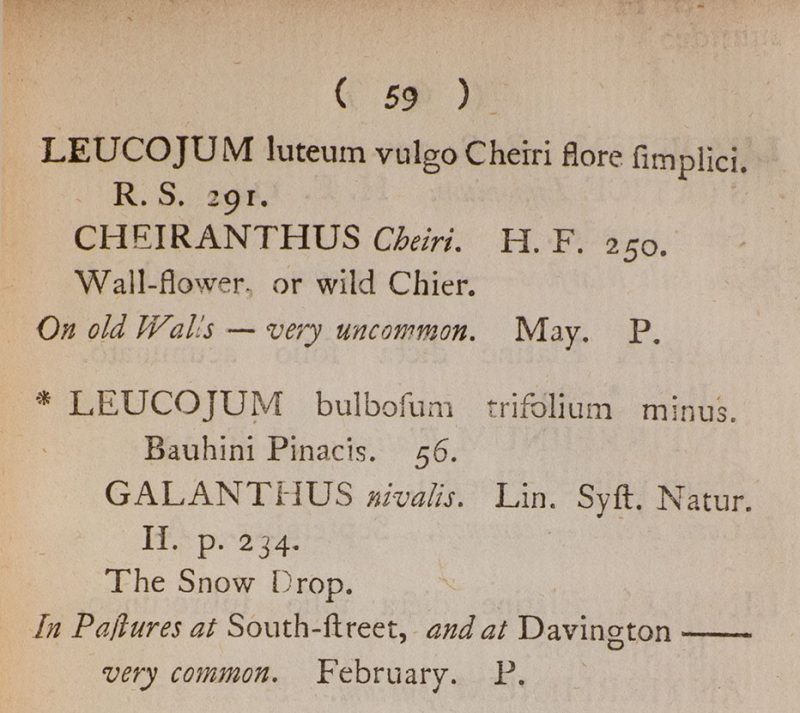 Edward Jacob, Faversham’s own local antiquary and amateur botanist, listed wallflowers as part of the local flora in 1777. In his book Plantae Favershamiensis, he called them Cheiranthis cheiri or ‘Wall-flower or wild Chier’ and noted their preferred habitat ‘On old Walls — very uncommon’. He also gave May as their flowering season. Clearly things have changed in the 244 years since Jacob’s book was published — I don’t think we can say that wallflowers are uncommon in Faversham today and though they may still be in flower in May, our earlier springs bring them into flower in March. Last year’s (2020) spring was even earlier, with a fine display of Erysimum atop the walls of Brent Hill spotted in full bloom by mid-February. Nonetheless there’s a pleasing continuity with Jacob’s era and I suspect some of today’s specimens adorn the very same walls they did in the 18th century. 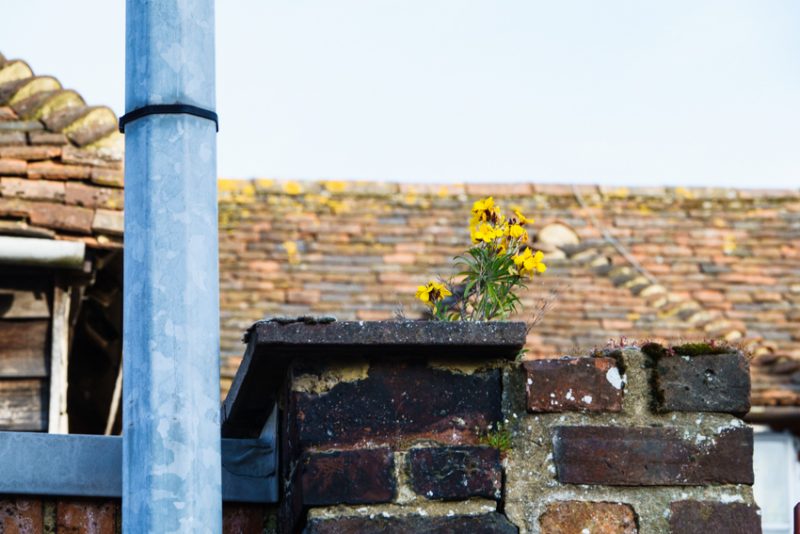 So let’s not look down on wallflowers. Instead, look up, a little above eye level and enjoy these marvellous plants. They are a distinctive part of Faversham’s urban ecology, reminding us that nature is always on our doorstep. They have a long history both as garden plants and wild flowers, and have found their place, literally, in the very fabric of our town. 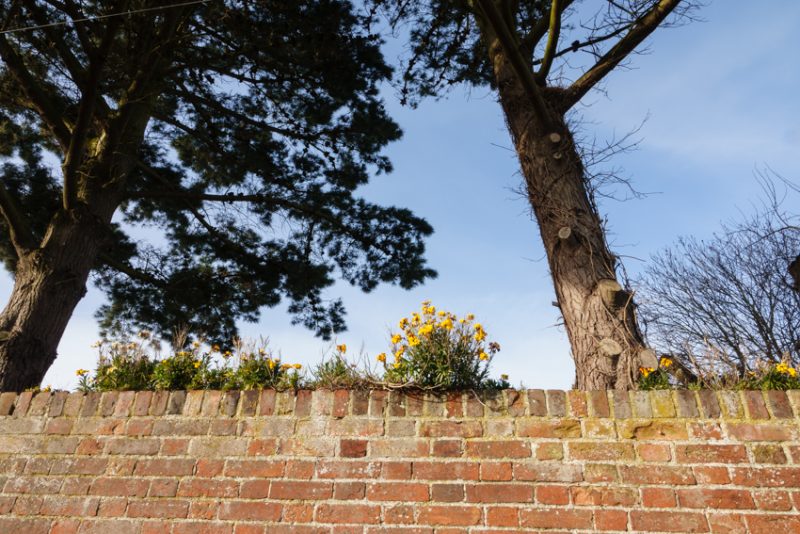 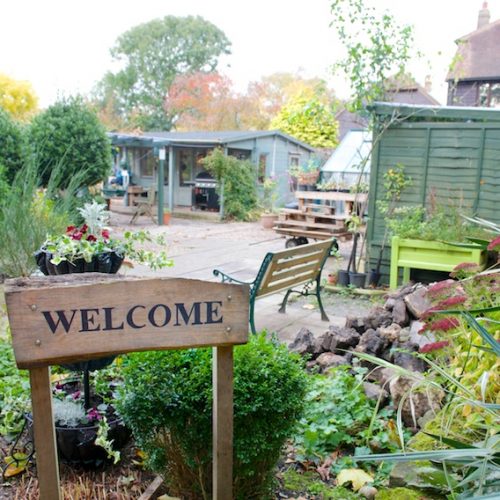 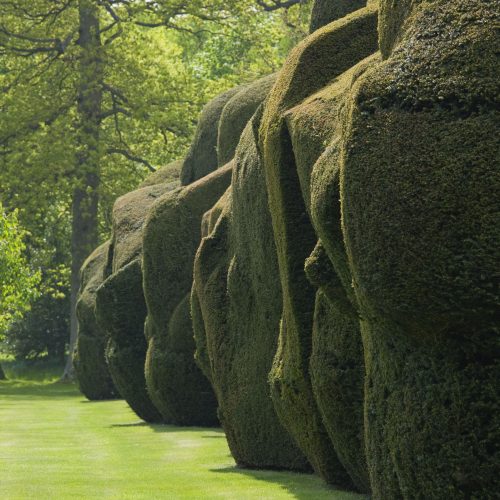 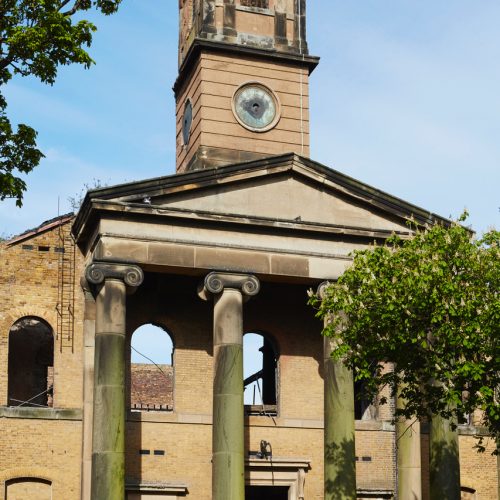