The saga of the proposed Solar Park on Graveney Marshes continues with no resolution. We thought it was timely to republish our popular Walk on the Marshes. 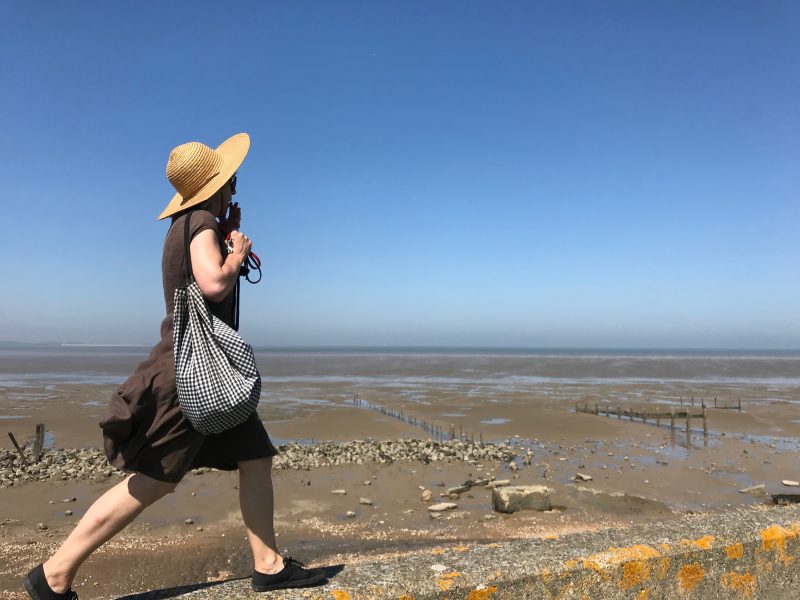 It It is a grim thought that there could soon be a solar park covering the 900 acres of marsh between Faversham and Seasalter, an area larger than Faversham itself.

This is the walk we should be doing now to contemplate what it would mean to lose it. Imagine the familiar, soft, mud-grey sea of the Swale on one side of the seawall, and a glinting, rigid sea of hard panels stretching into the distance on the other. What would the Marsh Harriers do? They don’t like many places but they thrive in the reedbeds of these marshes. And what of the skylarks? What about us? The Graveney Rural Environment Action Team (GREAT) is defending the marshes. Contact them on their website or Facebook for news and support.

Faversham Life set off last Sunday to walk from Faversham to The Sportsman. We were a party of six, three of us very familiar with the walk and three novices. Most of the photographs featured here are taken by the novices, snapping what they found beautiful or striking. 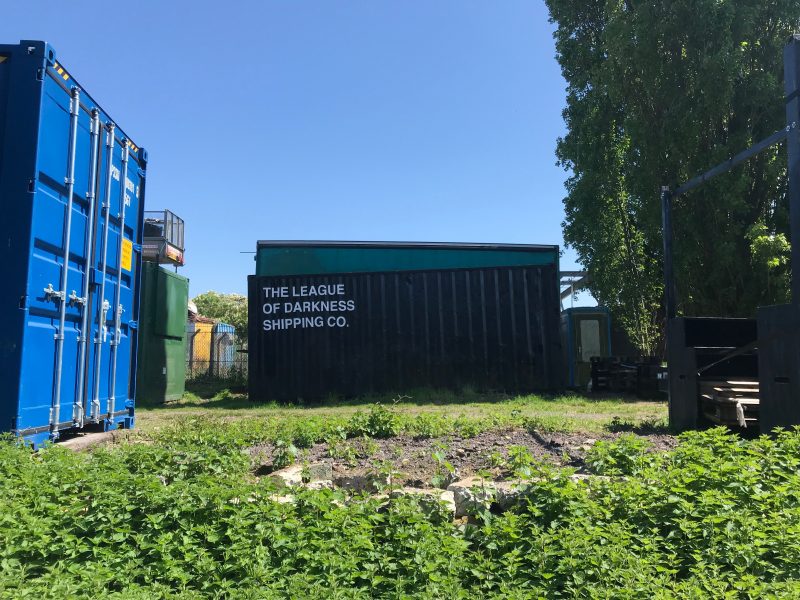 Walking down to Iron Wharf Boatyard 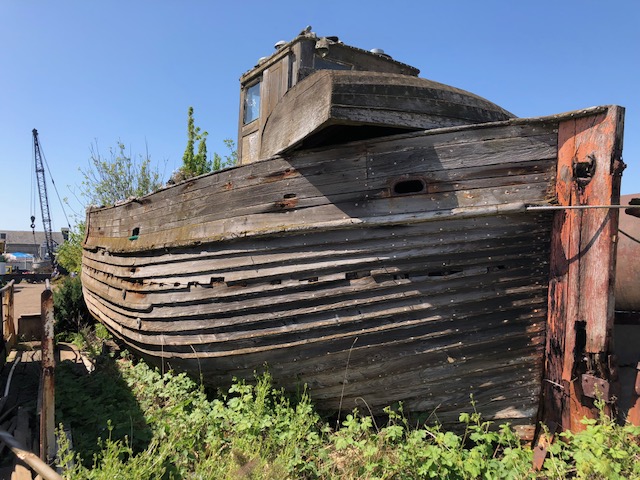 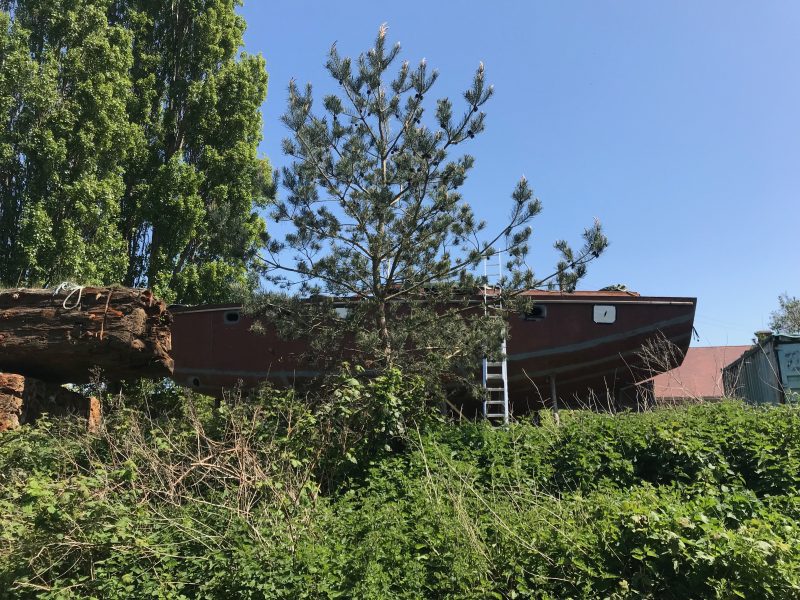 We walked through Iron Wharf Boatyard, crossed the little bridge and walked up the east side of Faversham Creek, past the pirate ship which is still lying on its side in the mud, its keelhauling days done. At the end of the path, we turned left towards the houses and then away from the creek to follow the path across the fields to the sea. This is a shortcut. If you are diehard, you can continue on the footpath along the side of the creek, past the Shipwright’s Arms on the other side, and follow it round to the Swale. 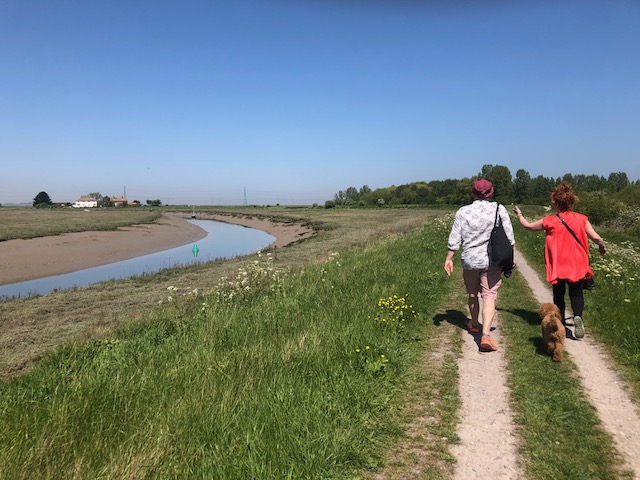 Walking up the east side of Faversham Creek to Nagden

Now we were moving into the proposed solar park area. It was a sombre moment. Yet the sun beamed down and the skylarks twittered recklessly.

There was some discussion of the pylons. Lisa, one of the novices and a travel journalist who had spent the previous weekend on a boat in Venice writing an article for The Times, saw them at first as a blot then came round, I think, to the view that they had a certain majesty bestriding this landscape – no chocolate-boxiness here. (Alex Law, covered in Faversham Life in March 2017, has created one of his Faversham-inspired fabric designs around this symbol of our marshes.) 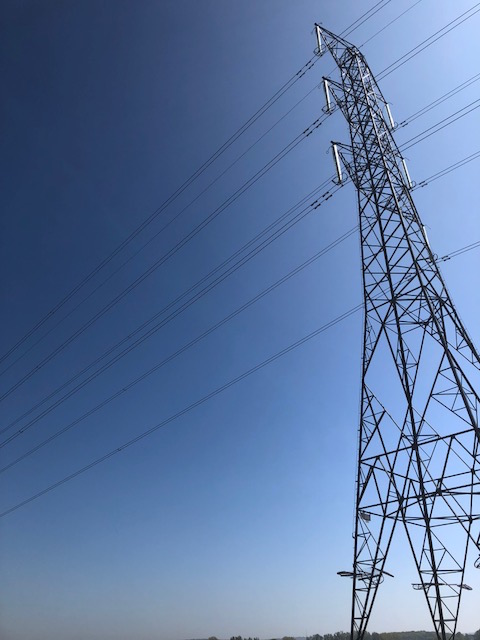 The unique atmosphere of Graveney, Nagden and Cleve Marshes

Following the footpath signs through the fields, we arrived at the seawall. It is one of the quirks and surprises of this walk that you don’t actually see the sea until the moment you climb the slope and look over the seawall across the bird sanctuary at Castle Coote. 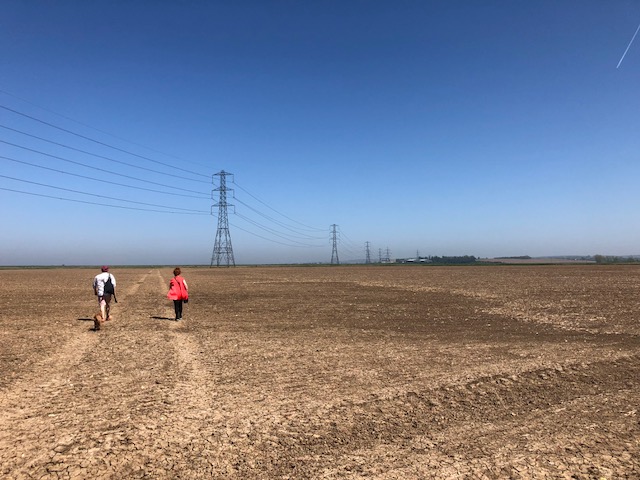 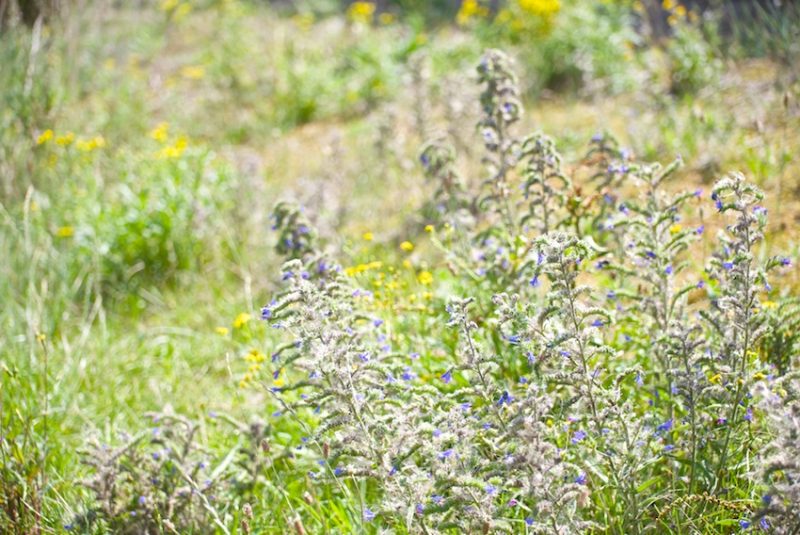 We turned right and walked along the seawall towards Whitstable – the tidal flats on one side and the reedbeds on the other. You can turn left and walk back around the creek if you want to do a circuit back to Faversham and you do not have a table booked at The Sportsman, as we so enviably did. The Sportsman soon revealed itself, crouching hazily in the distance. 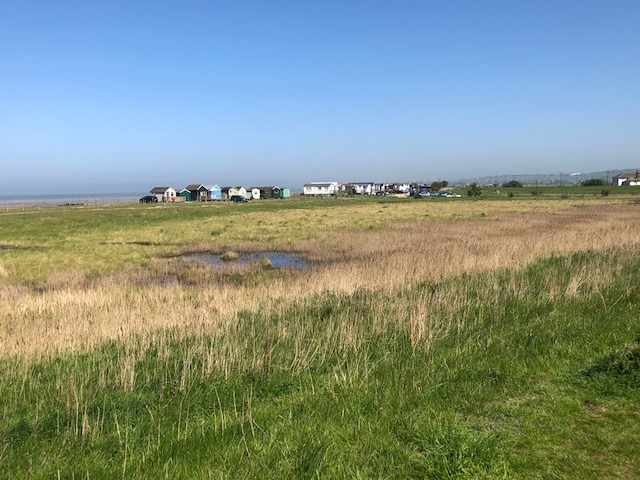 Lloyd, who studied botany and in his work for the British Council has travelled much, said that he had rarely experienced such a ‘soulful’ place. Eda, hailing from the wild beauties of Western Ireland, agreed that the atmosphere of the marshes was unique.

The tidal flats of the Swale

Arriving at The Sportsman, just in time for a quite delicious lunch, we spoke to the chef Stephen Harris about the proposed development of the marshes. He was so upset by the idea that he could barely bring himself to talk about it.
Before you accuse Faversham Life of nimbyism, read about the solar park proposals on the website listed below. It doesn’t have to be here. 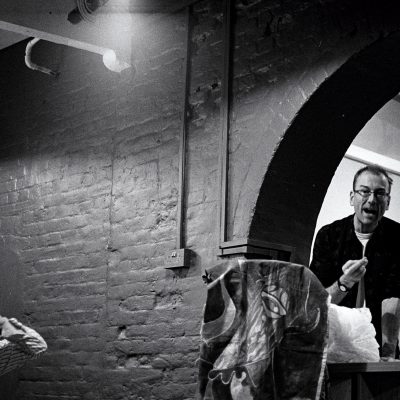 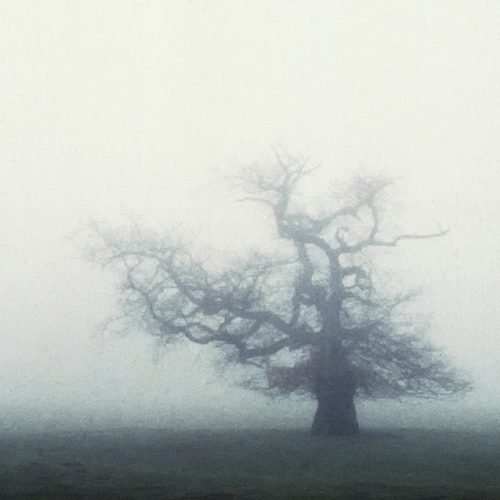