The green and yellow musical fence at The Biscuit House is one of the marvels of Faversham. 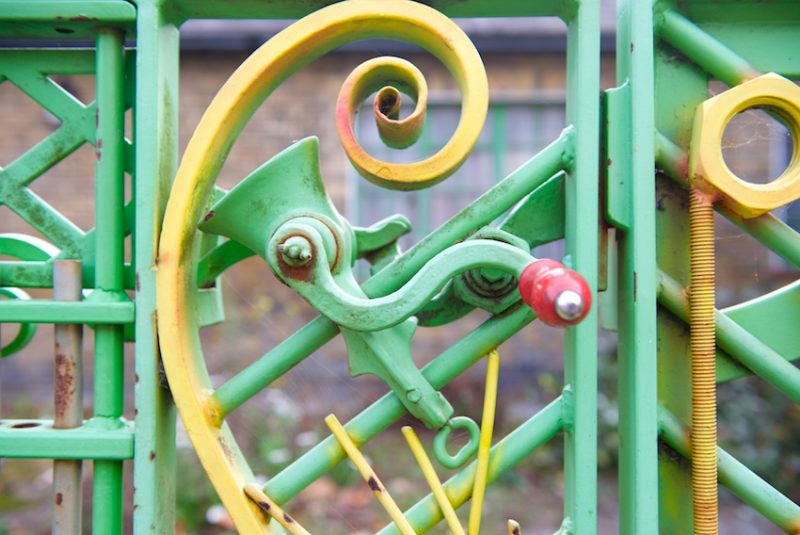 The musical railings at The Biscuit House with a mincer as a handle.

Composer, performer, sound-sculptor and creator of musical instruments, Henry Dagg came to Faversham 22 years ago on the hunt for a space large enough to house the growing collection of machines and tools necessary to create new means of making music.

He moved into a factory off the Whitstable Road which had produced ginger beer, then brushes, then had lain empty, and rechristened it The Biscuit House (the biscuits are another story). 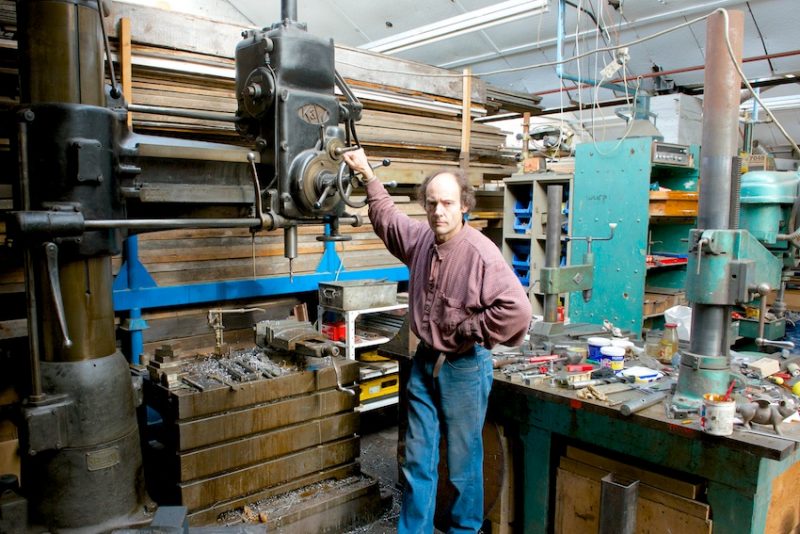 Henry’s collection of machinery is as beautiful and extraordinary as the instruments he creates with them. This is a radial arm, belt-driven drill bought for £250 on eBay.

‘The first sound-sculpture project I created at my new workshops was a set of musical gates and railings because my factory originally had no boundary between the pavement and the private ground in front of the building. As it spanned nearly 40 metres, I felt obliged to use this space to create a kind of manifesto for my work, so I composed a 28-bar chord sequence on chime bars embedded in a wrought-iron structure with a score notated in nuts and bolts.

‘I then invited Evelyn Glennie to give its public premiere performance and she very sportingly came and improvised on it for 20 minutes in front of a big crowd and cameras from three television channels.’ 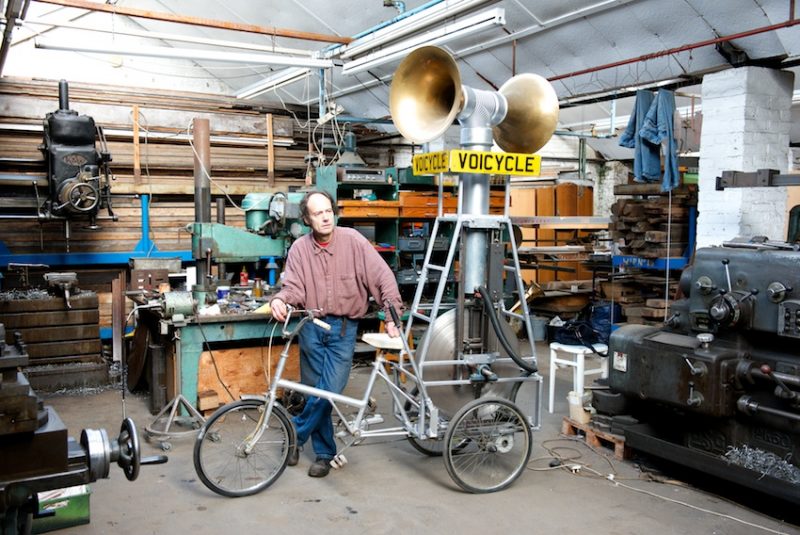 The Voicycle was created as part of a commission by the Canterbury Festival to celebrate the finish of the Tour de France.

Henry’s musical instruments are ingenious, witty and often come in unexpected guises. A commission to build musical gates and railings for Rochester Independent College is in its final stages. When finished, the gates and railings, 40 feet in linear length, will be able to play 108 notes on the uprights, formed by Aerochords, which use strings and air to make sound. The gates are beautiful, adorned with winged pigs in sunglasses, the symbol of the college, and built from stainless steel which doesn’t corrode. ‘It’s as much about the function as the aesthetic,’ says Henry. 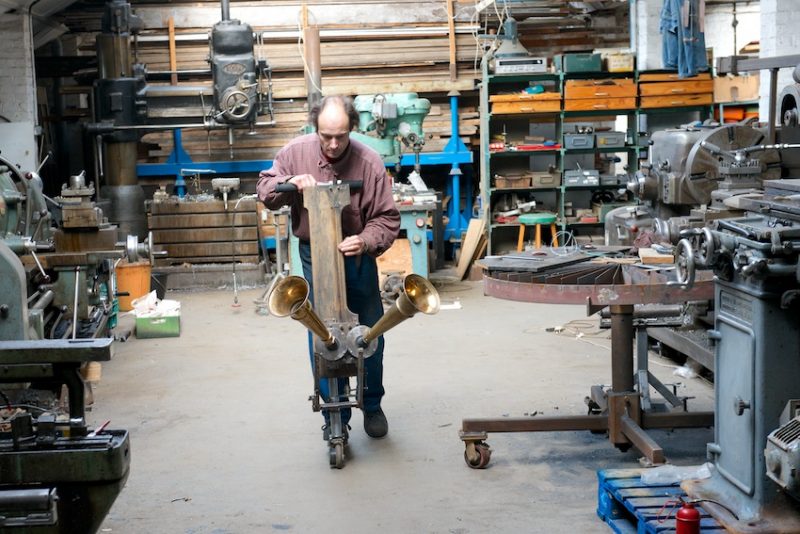 The Hooty-Scooty: a hybrid of a hurdy-gurdy and a scooter.

Henry has created music from bicycles, scooters and squeaky toys. In 2010, Prince Charles and Henry hit the headlines: the Prince crying with laughter at Henry’s performance at a Clarence House garden party of Somewhere Over the Rainbow on the cat organ, a row of 16 squeaking toy cats covering two octaves.

He is the creator of the Hooty-Scooty which combines a hurdy-gurdy with two phono-fiddles and a scooter. Henry explains, as he flies past, that sound is created by the turning of the scooter’s front wheel which drives the hurdy-gurdy wheel, so the performer can only play music on the one-stringed board on the upright of the scooter while in perilous motion.

Henry grew up in Dublin, the child of classical musicians. ‘At the age of eight, I started cello lessons and began building electronic circuits which I often modified to produce a range of peculiar sounds, a process now widely known as “circuit bending”.’ 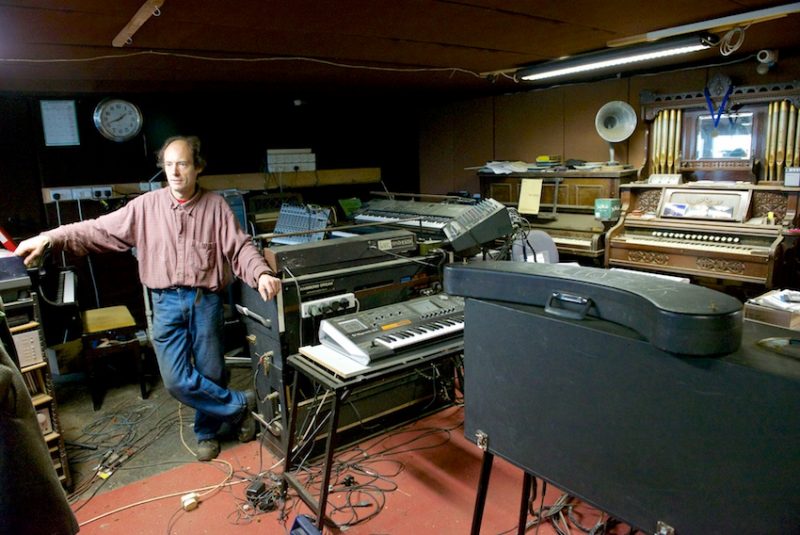 Henry’s collection of musical instruments: ‘A lot of ideas I use have been around a long time but I’m reconfiguring them’.

He was inspired by the BBC Radiophonic Workshop, a department which specialised in creating special music and sounds for BBC radio and television programmes, notably the theme tune to Doctor Who. Henry joined the sound-engineering section of the BBC and, after a short stint in the Radiophonic Workshop, was commissioned to compose music. His work was largely ‘assembled by using tape-editing techniques’, splicing together recordings of real acoustic sounds from tiny bits of tape.

‘By the time I left the BBC to become a full-time composer and musician, I had become a bit disenchanted with making music which had to be assembled laboriously in a studio, and I started wishing there was some way I could keep using new, unusual sounds but perform my music live with a group of other musicans.

‘I had become convinced that, for my ears at least, music really sounds most alive when the sounds are created mechanically by the physical vibrations of real moving objects. I began imagining a new family of instruments which reconfigured existing acoustic principles to allow live performance with new sounds.’ 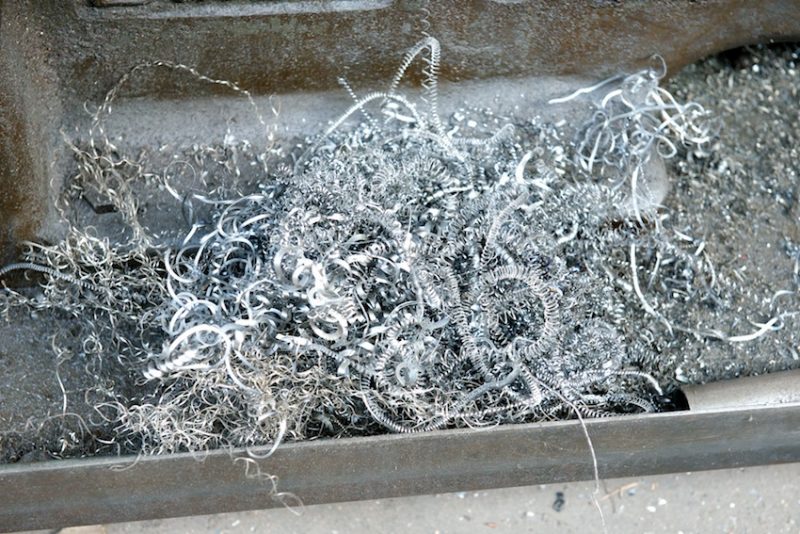 Henry’s most renowned creation is the Sharpsichord – a 2.5 tonne stainless steel acoustic harp. It was originally commissioned as a sound-sculpture for the garden of Cecil Sharp House, the home of the English Folk Dance and Song Society in London. Its intended purpose was to allow the Society’s visitors to programme it with their own musical ideas by screwing pins into a grid of holes on the cylinder. When the cylinder is turned, each pin triggers a mechanism to pluck a string of an in-built harp. 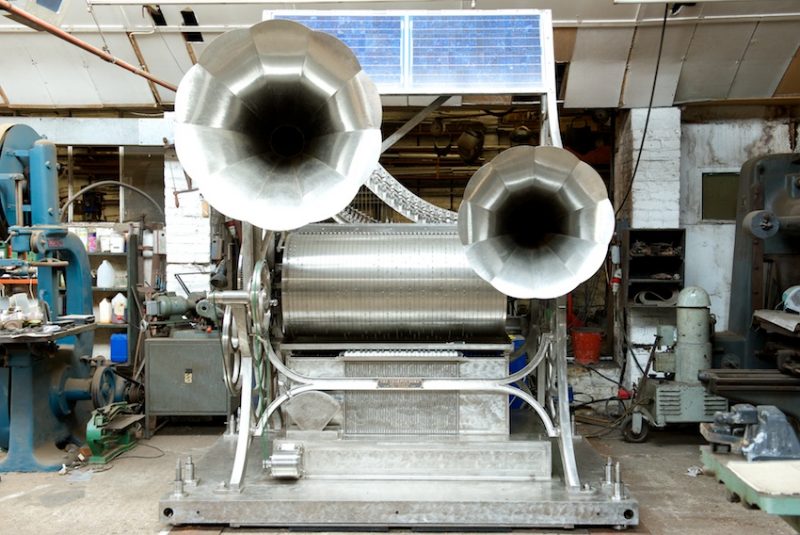 The project overshot original estimates of time and cost and it became clear that it would not be suitable for its original purpose. The integral artistic value of Henry’s creation was recognised by its many friends and admirers. The contribution the Society had made was repaid and the Sharpsichord bought back.

The Sharpsichord’s slightly eerie and evocative sound came to the attention of Bjork who visited Henry’s factory in Faversham to record the song Sacrifice for her Biophilia album, released in 2011. Henry says: ‘During the recording session at my workshop, Bjork asked me about the possibility of taking it on tour for live performances. I liked the idea as it would give the Sharpsichord great exposure but it took some very expensive months to convert it from an installation into a mobile structure. However, it did allow us to perform together at eight of her shows.’

The Sharpsichord is again on the move. Henry took it to Norway in September where he gave a TED talk about his work

Henry believes the Sharpsichord’s future lies in guest-performing with bands. He is working on creating an auxiliary memory to augment the Sharpsichord’s current 40-90 second memory so that it can deal with set lists. ‘I’m thinking about notes written in felt pen on acetate. Whatever, it will be pretty low tech. You could computerise the whole thing but it’s not in the spirit of the Sharpsichord. Everything you hear, you can attribute to something you see.’ 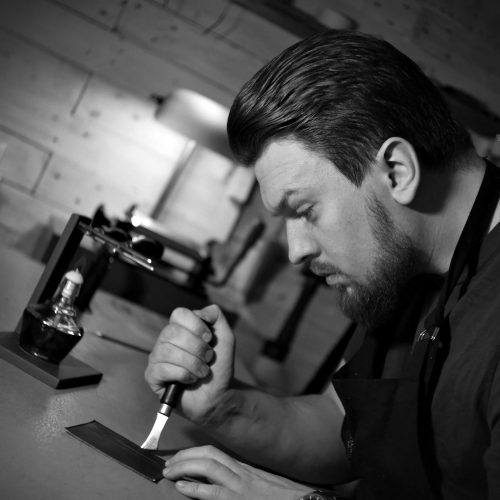 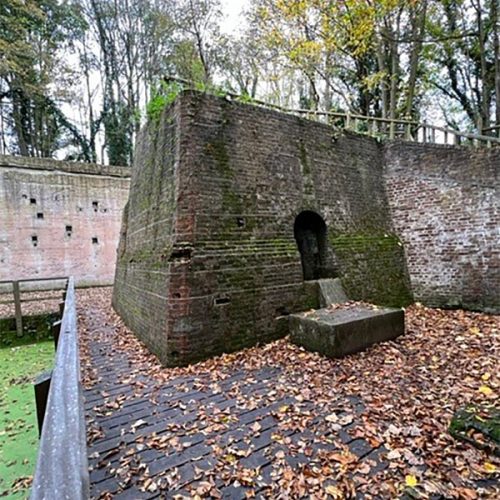 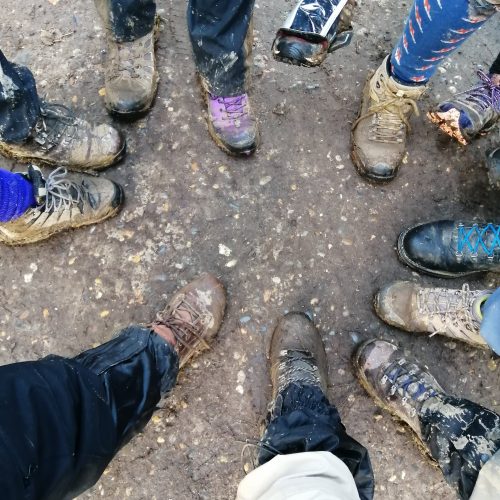