Racing under full sail in glorious conditions are Ironsides and Repertor, two of Faversham’s best-loved Thames barges. A familiar sight to those who frequent the boatyard and creekside, but you’ll rarely see them in action at close quarters like this. 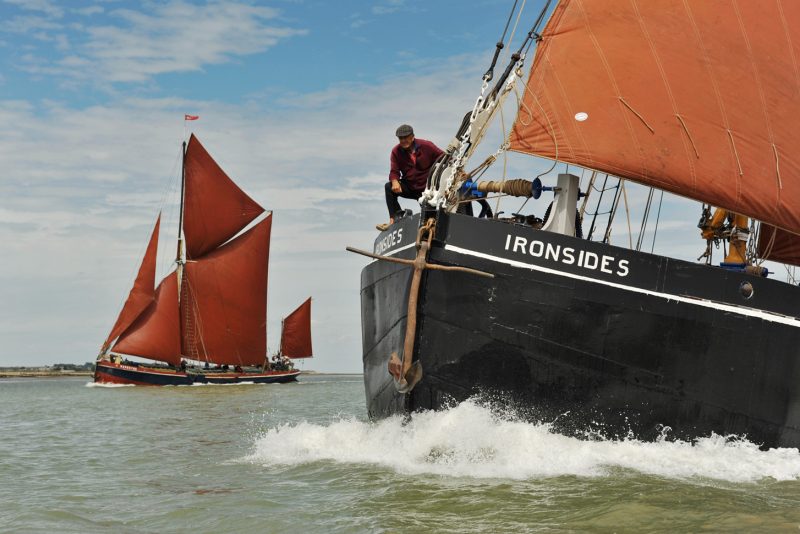 Ironsides (Alan Reeky on the bow) and Repertor racing up the Swale to the finish of the 2017 Swale Match.

You’d need to be afloat yourself to catch such a dynamic and uplifting view. Fortunately for us landlubbers, we have people like Seamus Masters who combine both photographic savoir faire and sea-legs to bring home these iconic images from the Swale. With the summer Swale barge match still a long way off we caught up with Seamus over a beer and a winter fire to talk boats and cameras. Seamus has deep connections with both, growing up in Sheerness in the seventies and eighties. With his father a serious photographer, he recalls taking his first proper picture ― a portrait of his grandfather at the end of the garden ― before the age of ten. Perhaps not unusual, except that it was taken with a Zeiss Icon medium format film camera, a machine most adult photographers would be daunted by today. Seamus talks of these top-of-the range cameras lovingly and says that even in today’s digital world, he enjoys the challenge of his trusty twin lens Rolleiflex film camera.

Boats were as much part of his estuarine upbringing. He tells the story of an early family capsize in a racing dinghy, and of circumnavigating Sheppey in a tiny wooden Mirror dinghy with the annual Round the Island Race. He makes it sound like a breeze. To us it sounds plucky, like tackling the M25 in a bubble car. Another outing with his father took him across to the Essex coast in an open dayboat, overnighting at Brightlingsea before returning, led by compass, in an all-enveloping fog. The family’s horizons were still broader, and for a time his father worked for the now-defunct ferry line between Sheerness and Vlissingen (Flushing) in the Netherlands ― a historic continental link familiar to Kent mariners for centuries. 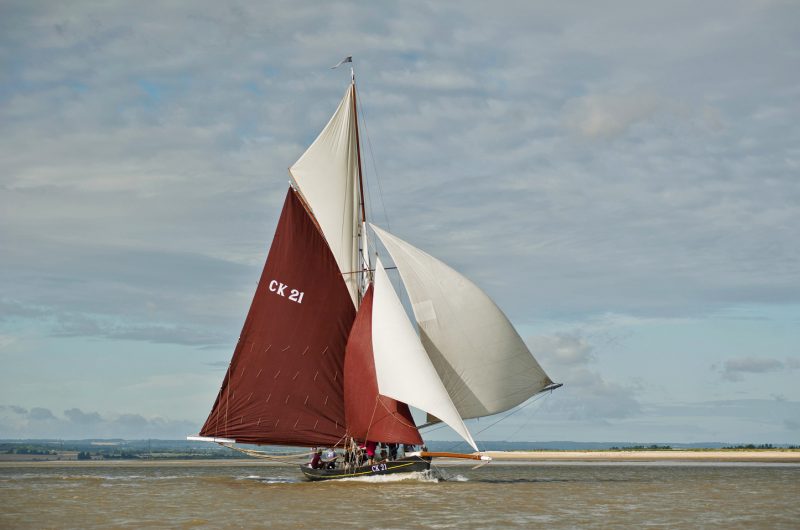 Maria (an Essex oyster smack) running out of the Swale off Shellness.

Moving to Faversham in 2010, Seamus remains dedicated to his calling, fitting photographic sorties around work and family life. He’s sometimes to be seen leaving home before dawn to catch the perfect light of a promising morning on the Swale. He’s also a regular aboard the historic boats plying the Swale in the summer months and has been photographing the Swale Match since 2015, supplying the organizers (the Kentish Sail Association) with images for their posters, programmes and calendar. You can see his work via their Instagram account  and website www.kentishsail.org 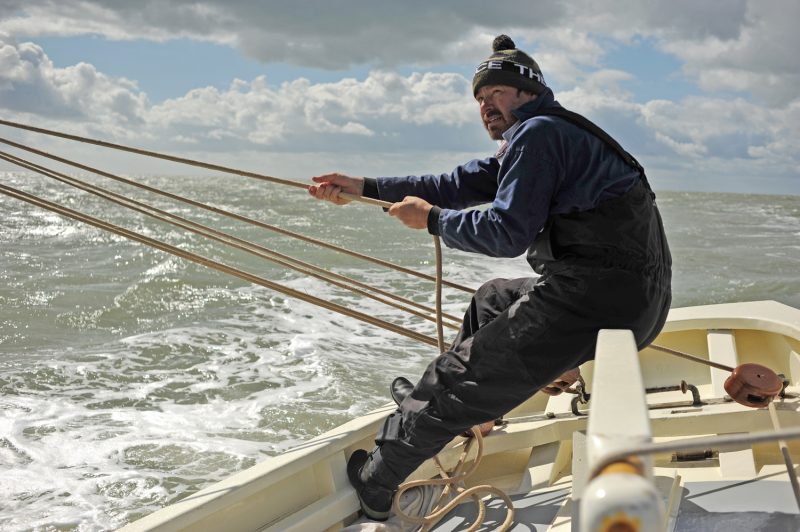 Dan Tester hauling on the mainsheet of the oyster smack, Alberta.

Over time he has developed a rapport with Faversham’s boat owners and builders. His respect and appreciation for their work in preserving their magnificent craft is plain as he talks of his patient observation of their skills. One master builder he has been following over a number of years is Dan Tester of Hollowshore, a second generation craftsman who has specialised in rebuilding traditional oyster smacks from both sides of the Thames estuary. Here Seamus has captured him in action on a passage across the Thames Estuary returning the smack Alberta to her home mooring in West Mersea after a winter refit at Hollowshore. Dan is currently at work on another historic smack, YET, due for relaunching later this year. Seamus visits every month or so and has created an important photographic record of the process. 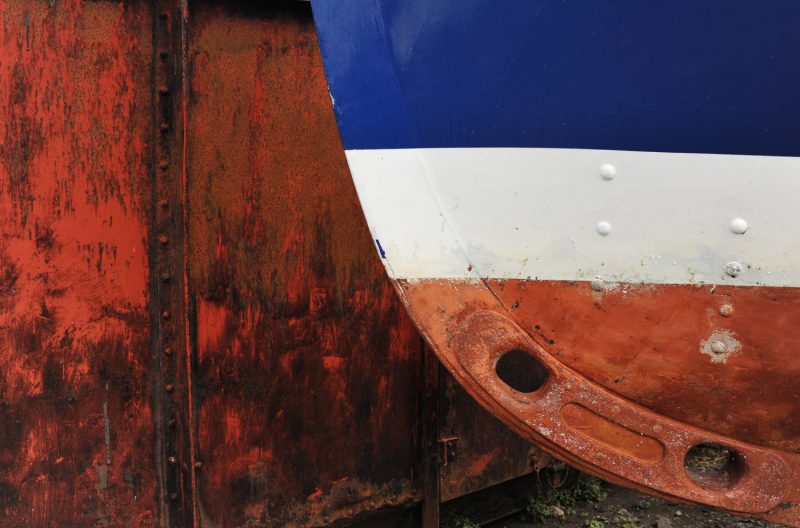 Discussing his commitment to his subject, we observe the fine line between dedication and obsession. Seamus stays firmly on the healthy side, but the special quality of his photographs reveal an uncommonly deep appreciation of both boatbuilding and sailing. They also benefit from his willingness to return to particular spot again and again at different seasons over several years ― like Monet and his haystacks. Iron Wharf boatyard is just such a spot and Seamus delights in minute observation of casual and accidental arrangements, bringing their contours and colours to life under the right light conditions. 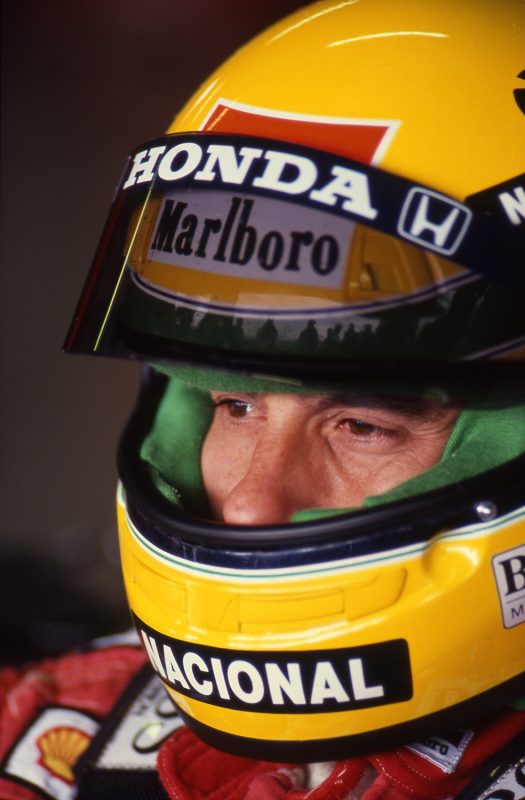 Of course, there are other subjects and over the years Seamus has had some amazing opportunities. In 1991 he captured the late racing driver Ayrton Senna at close quarters in a portrait is particularly proud of. He has also made trips to Los Angeles to photograph some fabulous vintage aircraft belonging to a cousin, using the reliable Californian sunshine at golden hour to take some astonishing air-to-air portraits over the Hollywood Hills. 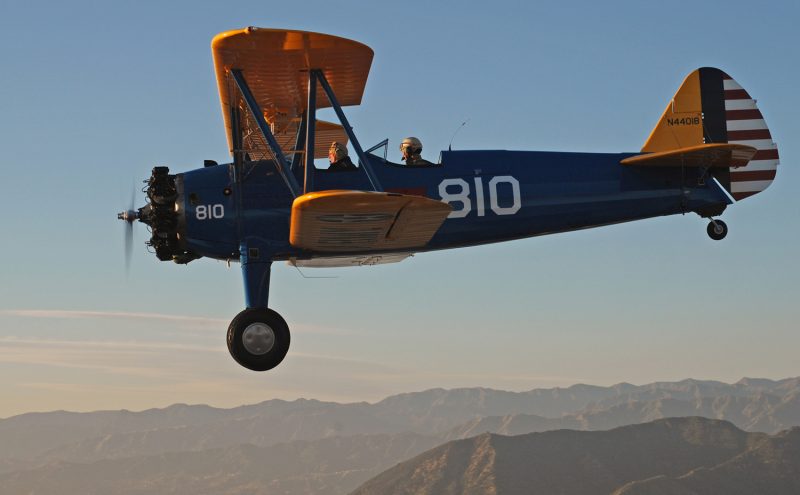 Closer to home he also enjoys accompanying his young son Jimmy on birdwatching outings (though admits that bird photography is an another discipline entirely) and he’s captured some charismatic performers at local venues. 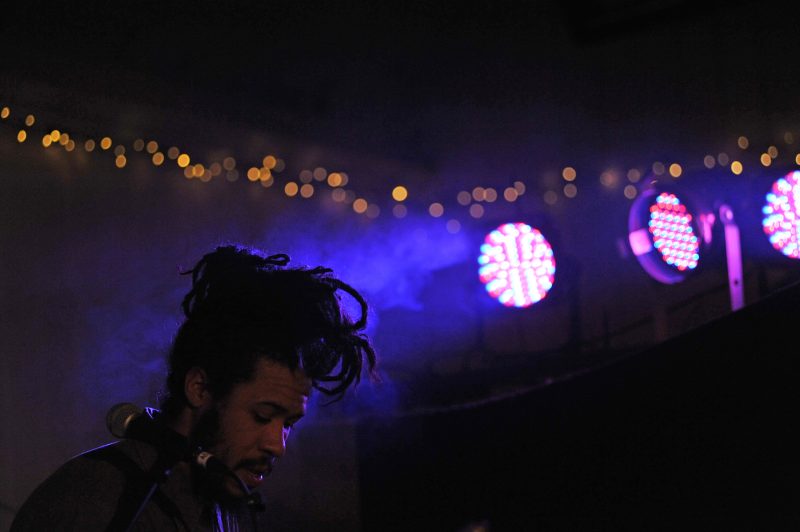 For a photographer, another opportunity is always around the corner and we’ll be watching attentively for what he turns up next. Perhaps you’ll bump into him by the creek, but you can follow his progress via his Instagram account @glassonion68 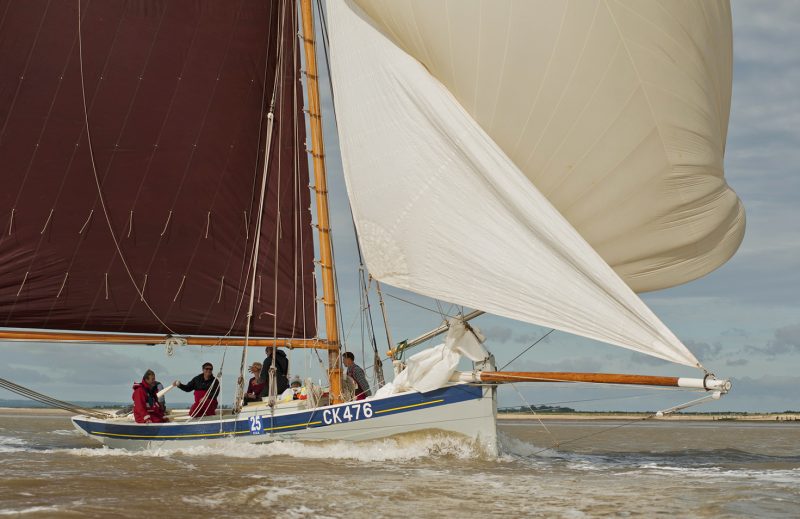 Ethel Alice at the Swale Match in 2017. This Essex smack was rebuilt in 1995/96 by the Testers at Hollowshore (Dan and his father, Barry).