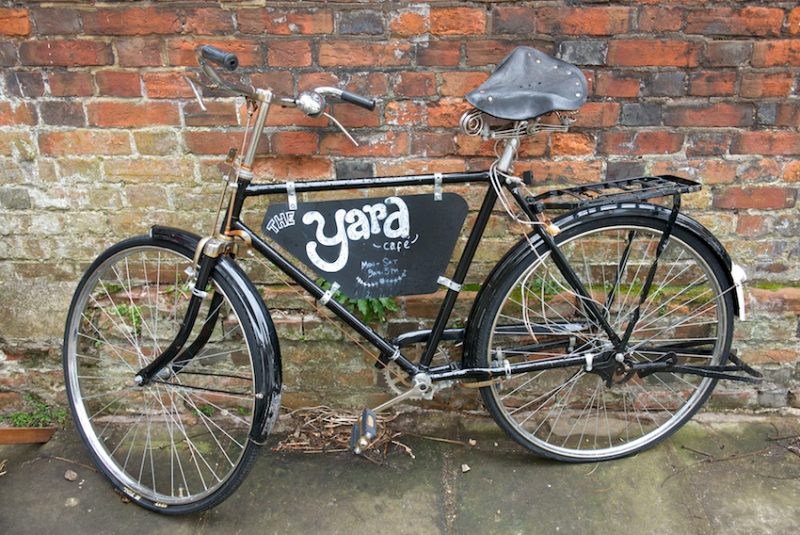 The café beckons from the far end of Jacob Yard, the cobbled cul-de-sac that peels off from Preston Street near its junction with East Street. The A-board that signifies its presence announces ‘Art, Music, Food’. The Yard is the newest addition to Faversham’s café culture, an immediate success since it opened in February 2015. 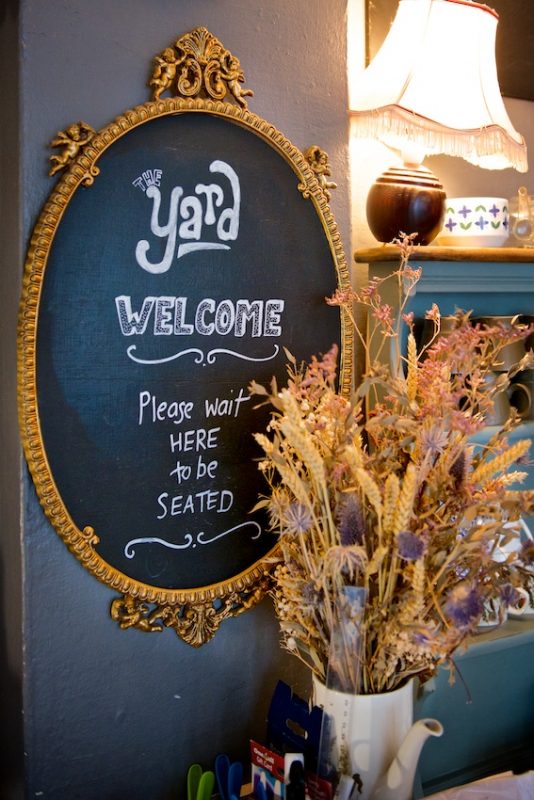 The cafe has been an immediate success

Sixteen years ago, in her 20s, Elenor Lambert was travelling round the world, savouring its excitements and pondering inconclusively on her future. Her dream was to have a venue that celebrated art, music and food, but when she came home (she’s a Faversham girl), she found herself commuting to London and resuming a career in marketing.

In 2013 Grahame Kane was appointed as the new Faversham market manager. Knowing of Elenor’s interest in street food, he put her in touch with Katy Cox of Mighty Fine Things. Katy was involved in putting together the small collective of local artists and producers that resulted in the now hugely popular Best of Faversham markets, held on the first and third Saturday of every month. ‘I started a stall in the market,’ recalls Elenor, ‘with arty things and some food – people really loved the food.’ 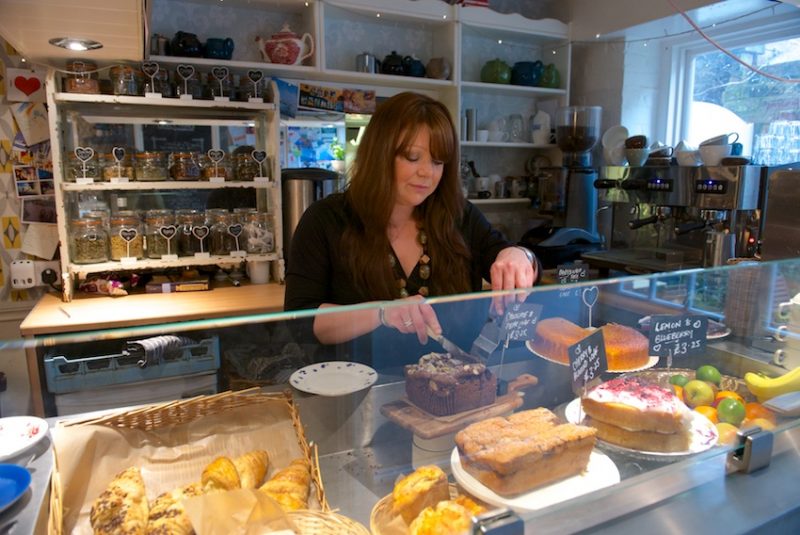 Elenor and some delicious cakes

Realising she needed further investment, at first Elenor combined working in London during the week with all-night bakes for her stall. ‘I quite quickly outgrew my kitchen.’ When she started looking for somewhere to use as a service kitchen, ‘this place came up again.’ Originally a mill where coffins were made, the handsome building had recently housed several short-lived café/restaurant ventures. ‘I didn’t necessarily feel ready to take it on, but it had all the right permissions and licences.’ 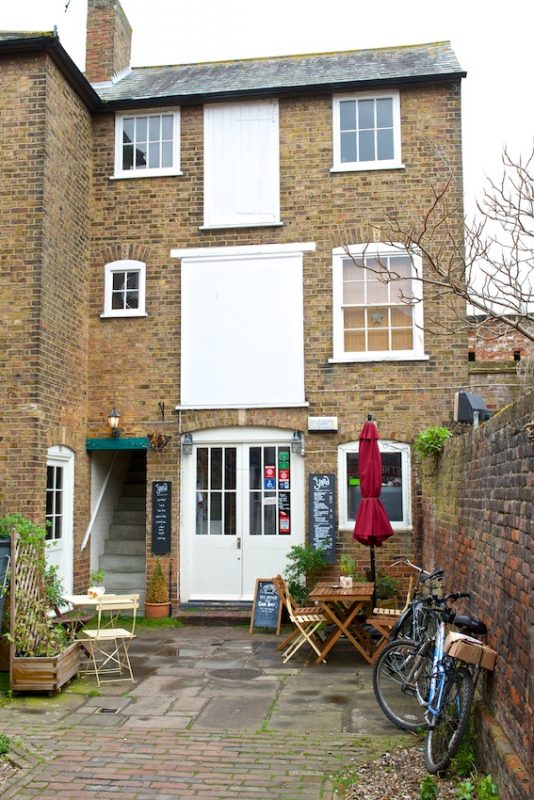 ‘We celebrate the simple, good things that we have at our fingertips’, says Elenor, ‘fantastic local produce and very knowledgeable suppliers.’ These include award-winning Kent fishmonger, Steve The Fish, rapeseed oil (which is lighter, more digestible and has a higher cooking temperature than other oils) from Kentish Oils, craft cider from the Kent Cider Co, ales from Boutilliers, whose brewery is in the old Hop Shed at Macknade Fine Foods in the Selling Road, and meat from M B Farms. 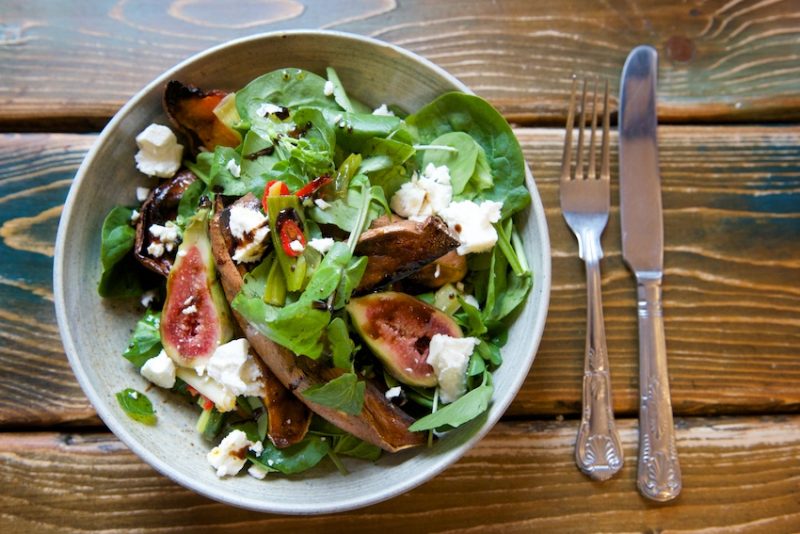 The menu at The Yard is carefully crafted, a mix of sandwiches and cakes (including a good choice of gluten free), a salad of the day and soup in cold weather, as well as exciting daily specials such as whole baked goat’s cheese with grapes and walnuts, or pulled pork in cajun spices, served in a brioche bun, with apple coleslaw. The café is open for breakfast, brunch and lunch with occasional evenings such as the Thirsty Thursday Supper Club. A recent menu at this event offered a choice of three supper bowls – stew, curry or local hake fillet, plus house red or white wine or local ale, all for £11. Altogether, it’s a thoughtful and accommodating formula and earned The Yard the Kent Life Food and Drink Awards Best Newcomer accolade in 2015 when the cafe had only been open a few months. 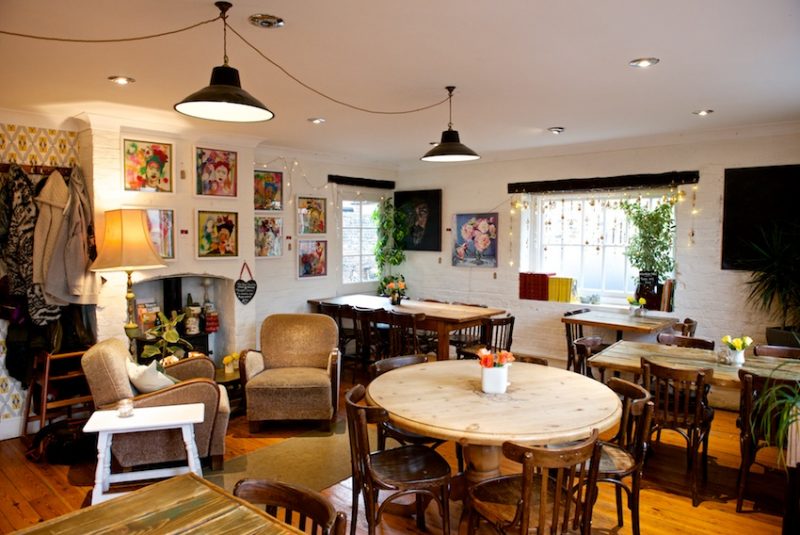 The cafe – ‘friendly, eclectic and modern’ was one review

‘We want to create an environment in which people feel nourished by every element,’ says Elenor. ‘People are hungry for something different.’ Hence the happily diverse programme, which features poets, comedians and musicians, and has hosted a beer and vinyl evening, an outdoor screening of The Third Man and a Burns Night with stovies and cranachan on the menu as well as the statutory single malt for the toasts. ‘Friendly, eclectic and modern’ is one among many enthusiastic reviews on TripAdvisor. Recycling is also firmly on the menu – even the lids of takeaway cup and knives are biodegradable. 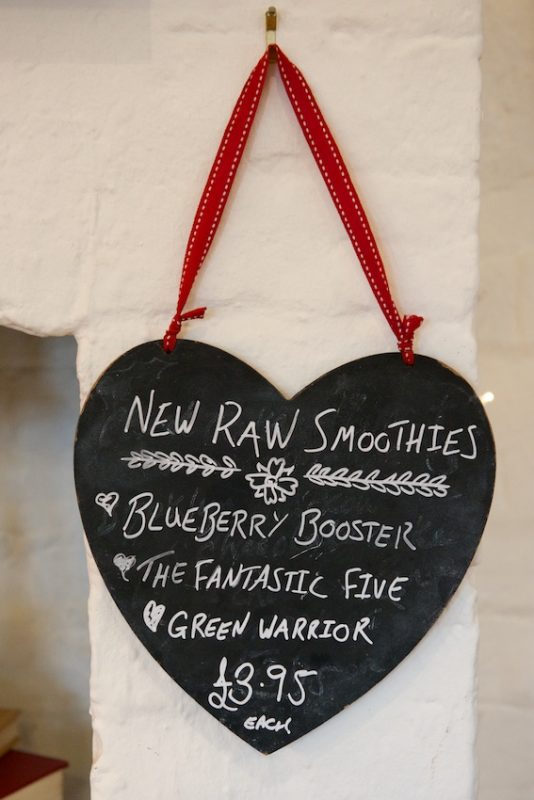 The Yard can accommodate 28 in its relaxed inside space, 16 in the front courtyard and 30 in the rear courtyard. Known as the ‘yarden’, this space also houses a second kitchen to supplement the tiny one inside the main building.

Not one for resting on her laurels, Elenor says she is thinking of changing her business proposition a little bit.  ‘Perhaps something a bit closer to my market presence – developing a takeaway service.’ Elenor is a fine example of the young entrepreneurs who are creating imaginative and successful new businesses – hardworking, idealistic but practical, and with a very sound business sense. Faversham is very lucky to have her. 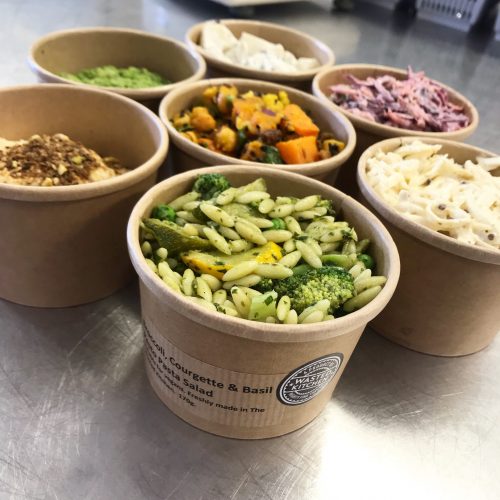 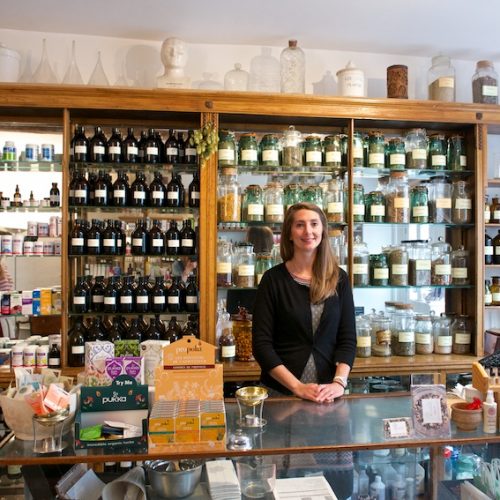 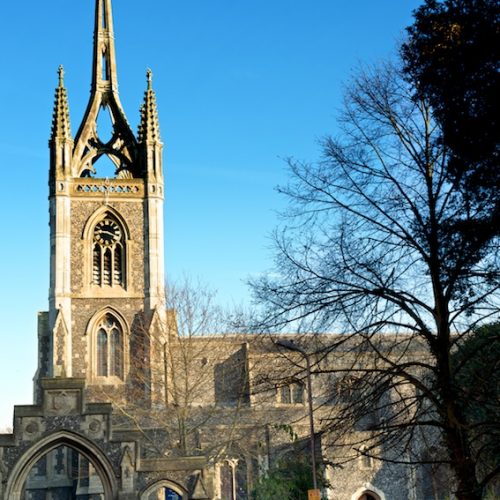 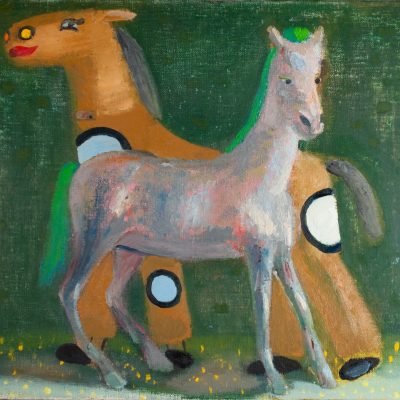 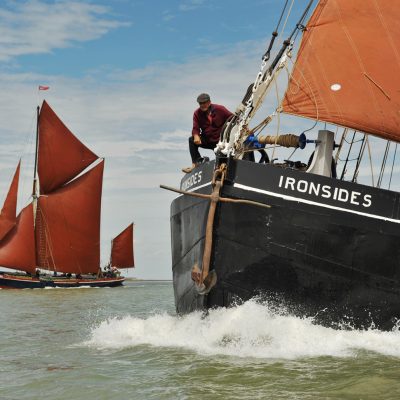