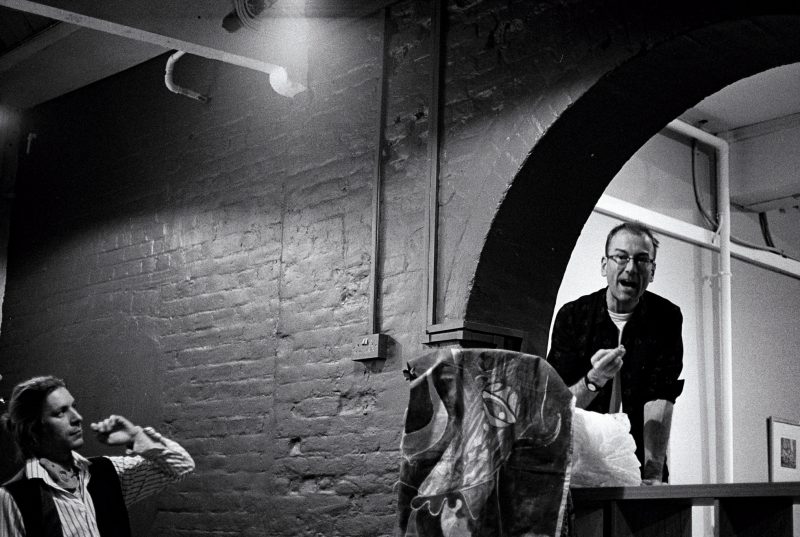 Free Range presents adventurous music and combined arts in Canterbury and is less interested in your wallet than your attention. It was 10 years old this January and has never charged an entrance fee.

Sam Bailey, the founder director and passion behind Free Range, says: ‘This means people can just turn up and leave if they don’t like it. Everyone can come – we have kids and dogs at our events – and all our artists are amazed at the quality of the listening. I wanted to free music from the market economy. Getting rid of money was the ideal.’ Removing the money transaction frees the audience of expectation, preconception and entitlement, allowing it the freedom to be delighted, curious, startled, exhilarated, amused or puzzled.

Yet he felt it was essential to pay the performers. Sam says: ‘I’m not a strategic thinker and never planned it to last more than a few months. Then audience members wanted to donate which basically made the business model.’ Free Range became a charity and the performers are paid through audience donations and grants. Sam says that Free Range maintains the spirit of gift economy: ‘The gift economy establishes a bond between the giver and receiver. People care more. Money has got rid of this self-calibrating system.’

Free Range is offering 17 events this coming year of well-reviewed and extraordinary musicians and artists. You can read about them here. 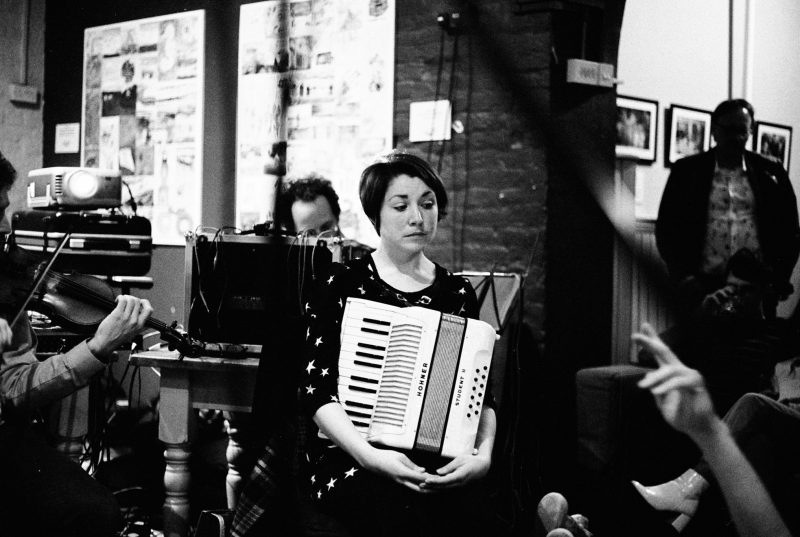 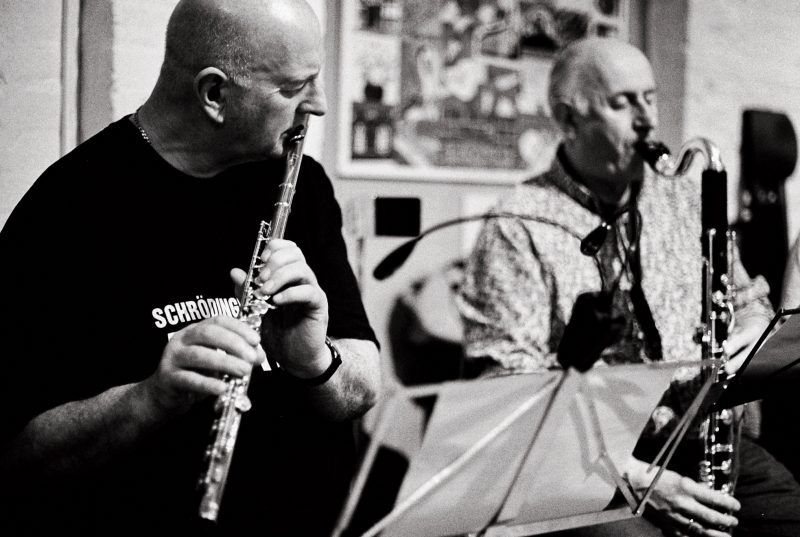 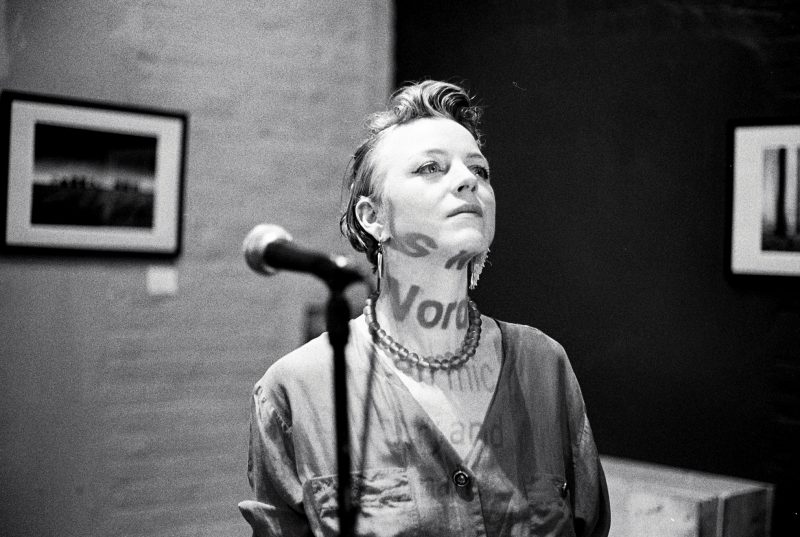 Free Range is a slippery beast – a swine to define for this Faversham Life correspondent, even though she was there at the extraordinary Eating Sound event in 2013, devouring exquisite morsels of food gathered from the wild, out of eggshells and off the tabletop, while listening to music improvised to the feast. Its award-winning events include music, poetry, film and performance, often in collaboration, and the audience is present at, and sometimes part of, the creation. Improvisation is a powerful element. 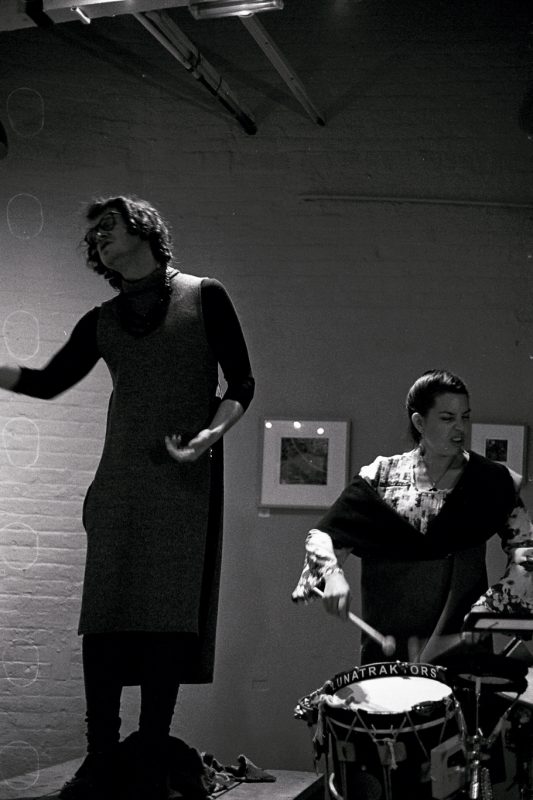 A performance of the Lunatraktors 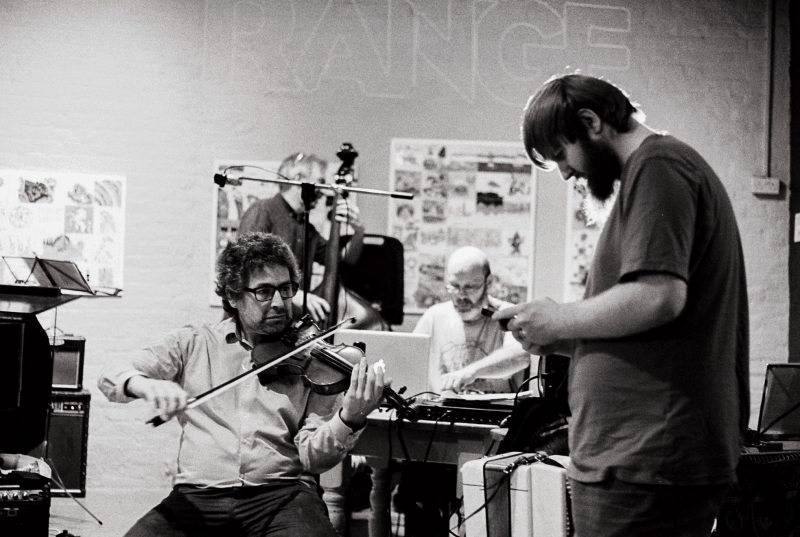 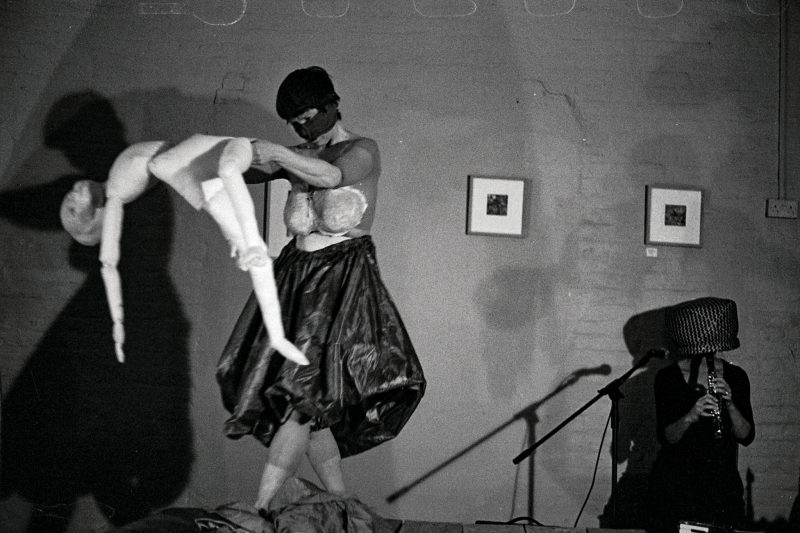 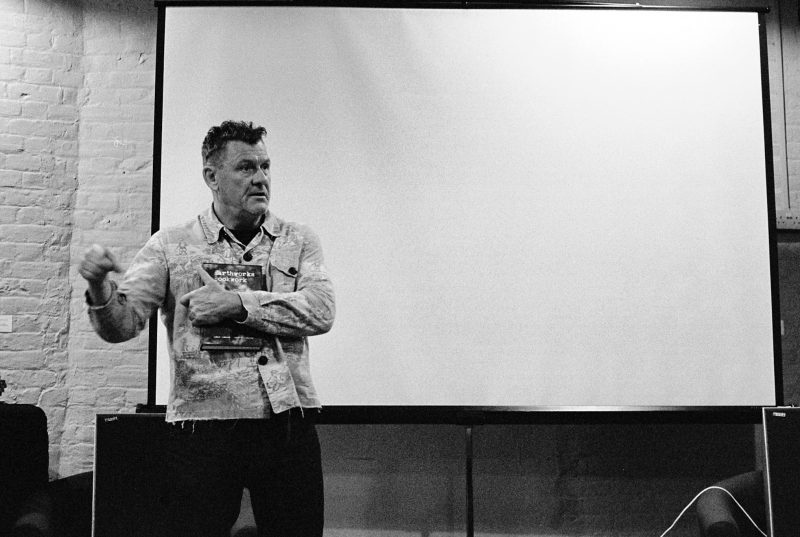 Sam slightly baulks at too much interpretation of Free Range – ‘The Tate is never called on to say why it exists’ – but he says: ‘Free Range is a spirit and a community seeing and hearing things in a new light, learning to enjoy the disorientation that can come from that sort of experience – and the assumption is that by doing that we’ll become better people. Events are not given the value in our culture that’s given to enduring works of art, yet it’s shared experience which really binds us together.’

In the name of endurance, Free Range has a YouTube channel where many events can be viewed. This link will take you to an archive recording of Faversham’s Henry Dagg playing the saw accompanied by handbell ringers, and a performance by saxophonist Evan Parker. You may also hear recordings on SoundCloud. There is a library of remarkable photographs – a few of which we see here – and all events are catalogued. 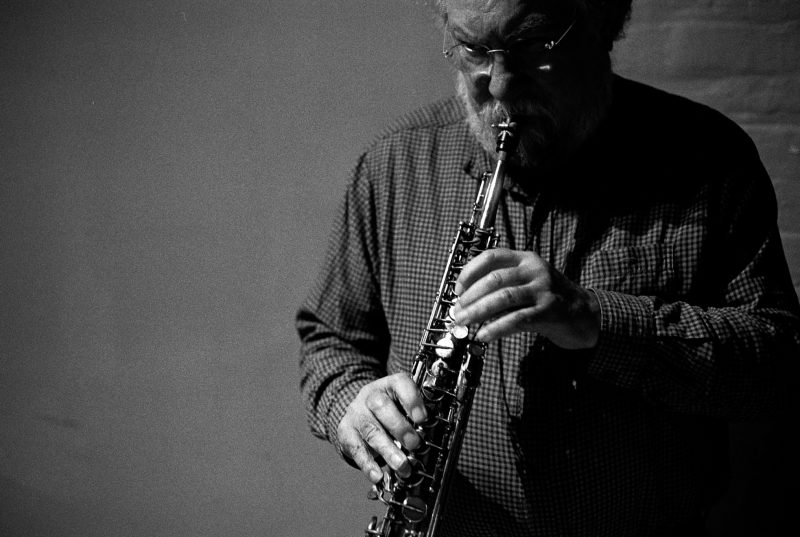 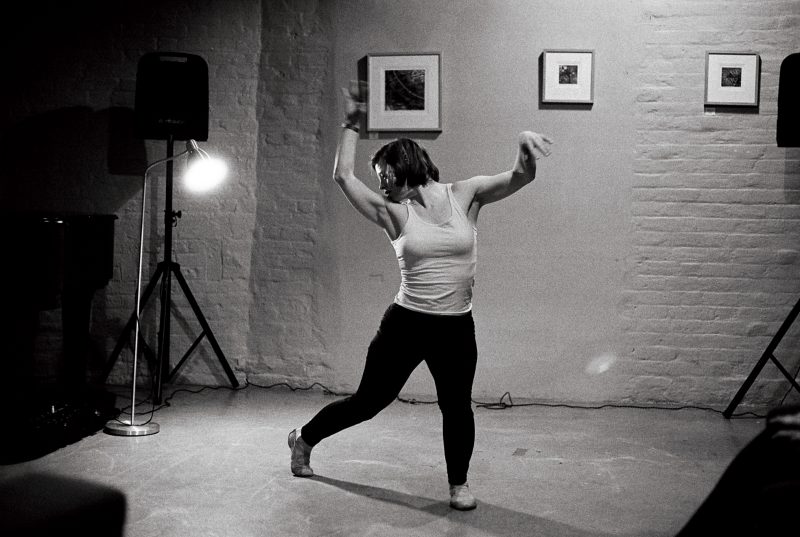 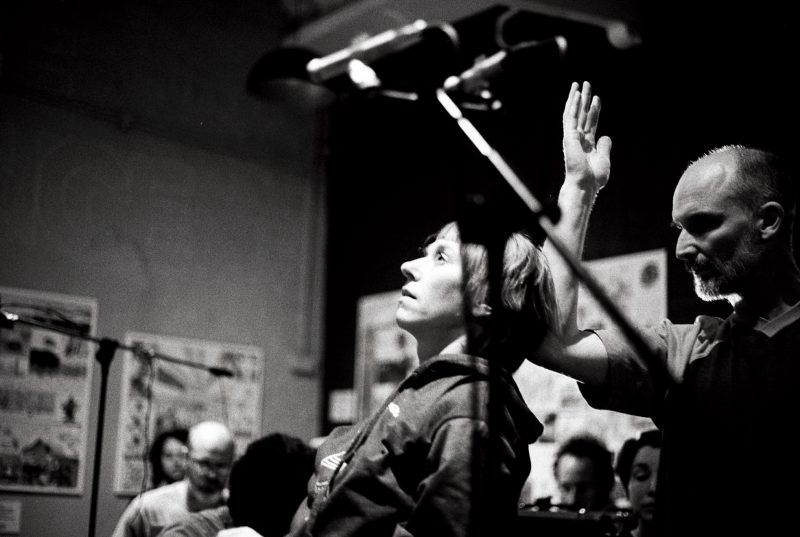 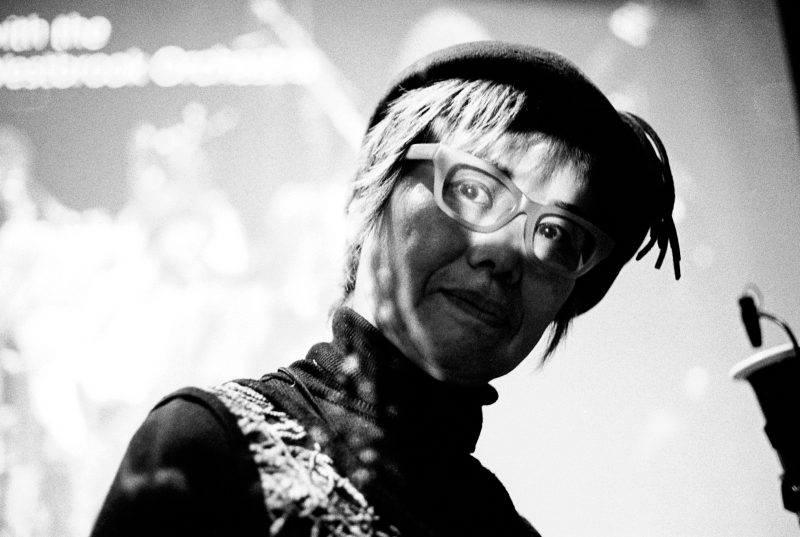 In 10 years, Free Range has put on 226 events in several Canterbury venues. The first night in January 2012 featured the saxophonist Evan Parker, with Matt Wright on electronics. Sam wrote of that night: ‘Years later, I can still remember the listening amongst the audience that night: many of the people there had never heard music like this before. But something about the friendly, focused informality of the situation defused the alienation and defensiveness that can occur when something unfamiliar is presented with a status that presupposes value. This was just strange music to a general audience who listened with a rare openness and curiosity.’ 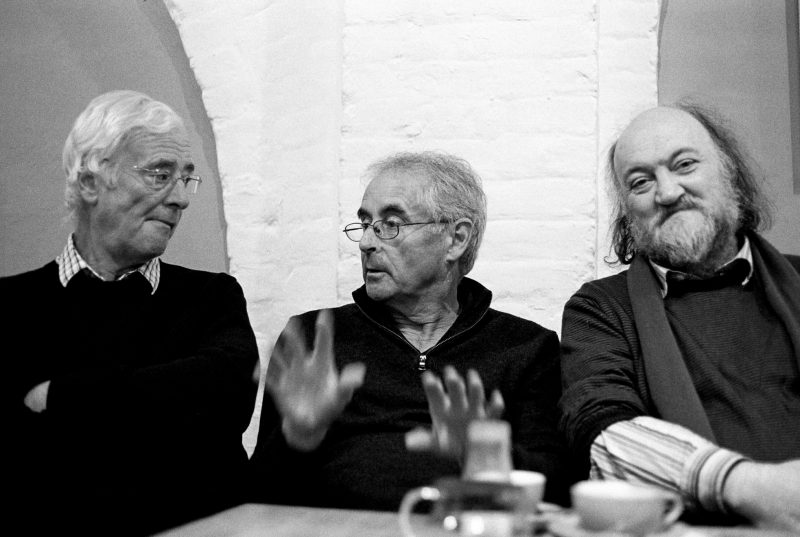 The venue for most Free Range events is The Fruitworks at 1-2 Jewry Lane in Canterbury, which is where Free Range started in 2012 upstairs in the now-defunct Veg Box café. Curiously, this building also housed the Foundry café, where Caravan played in the 1960s and early 1970s at the height of the experimental Canterbury Sound movement. Sam suggests the aesthetic energy which produced the Canterbury Sound, and later Free Range, can be attributed to the nature of Canterbury as a city. (Sam explores this further in a fascinating essay you can read here.) 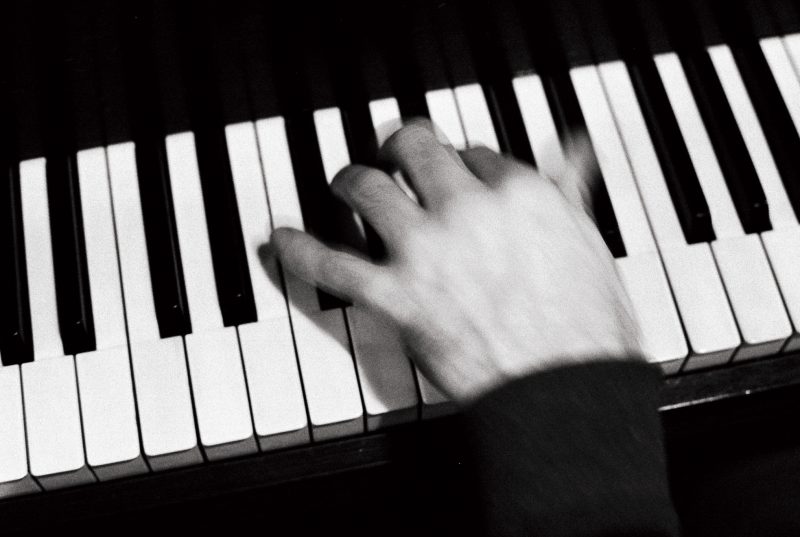 Sam Bailey improvising at the piano

‘Canterbury is a weird place. It’s really small but it has three universities and a whole bunch of students and teachers hungry for adventurous culture. It’s too small a city to have lots of little venues, so there’s a lot of cross-fertilisation with all cultures bumping into each other.’ With little money to spare for promotion, this concentration has enabled Free Range to grow by word of mouth and reputation, while Canterbury’s proximity to London and the continent means that Free Range attracts a wide range of artists, musicians and performers.

In the near future, as an offshoot of Free Range, Sam is moving the donated grand piano to the the Big Drum Hare Krishna café in Rose Lane in Canterbury and holding an open mike night once a month. ‘No one know that yet,’ he says, ‘except you, me and the monks.’

Please note that the first event of the season on 31 March 2022, Zubin Kanga: Hidden Vortices, will be held at  The Old Synagogue, 33-34 King St, Canterbury CT1 2AJ 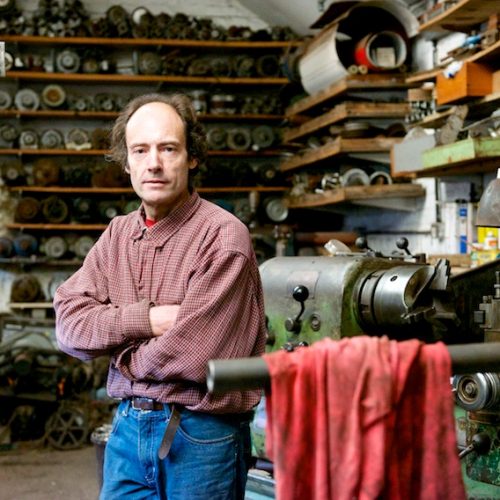